Categories
Filter
Close filters
1 From 3
No results were found for the filter! 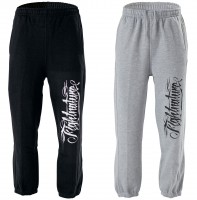 FIGHTNATURE Sweatpants
Sweatpants with big FIGHTNATURE print on the left leg and a small...
from £25.29 £29.70 * 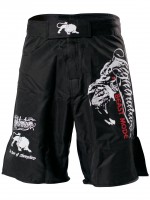 FIGHTNATURE MMA Shorts Beast Mode
This MMA Shorts is made of a light, elasticated and very durable...
£38.68 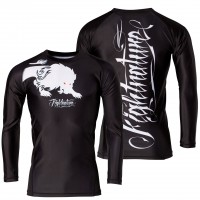 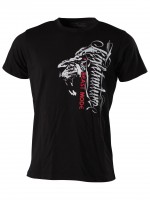 FIGHTNATURE BJJ Uniform Training
The Ju-Jutsu Uniform impresses with its high-quality workmanship...
from £66.58 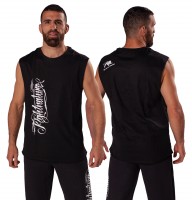 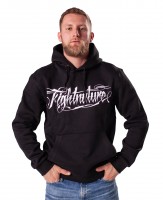 You are looking for the right clothing and perfect equipment for MMA Training and competition? Then you are exactly right at Fightnature! Hardly any other supplier can rely on such a large pool of experience and ever again stands out so positively thanks to its innovations.

What is special about Fightnature?

It takes very special equipment to be used in hard MMA training or even in competition. Let’s assume your personal equipment would the same as that of a true MMA legend. Let’s further assume, the legend is the MMA and Bellator fighter Daniel Weichel. You would not have to make any compromises anymore, not in design, not in the cuts, and not in the material and workmanship. Exactly that is possible with the products by Fightnature! Since 2008 the special brand of KWON KG has been acting as supplier of MMA legend and Bellator fighter Daniel Weichel. Now every MMA enthusiast can make his wish come true and can also wear the products of the world-famous MMA star!

Fightnature stands for consistent design, best workmanship and extreme practicality in training and combat. KWON KG deliberately so wants to stand out from the usual mass-products in fitness and MMA, which often look quite good at first glance, but ultimately do not keep what they promise most of the time. Open Stitching after a few movements, quickly worn through fabrics and cuts not allowing for the necessary freedom of movement - all of this can hardly happen to you with the products by Fightnature, for, these were exclusively developed by professionals. It is exactly this that the brand Fightnature stands for: professional, high quality, perfect fit!

In principle, clothes and other equipment for the MMA sport must in particular be practical. Nevertheless, they should also make a good impression and at best should immediately indicate what sport one wearing the product prefers.

Fightnature clothes and equipment can be recognized immediately by its characteristic logo - the sharply sketched, distinctive brand logo or the Fightnature Lion, which decorates each piece of the collection. In addition, elements come to be consistently used, which stand out as instantly recognizable feature of the Fightnature brand, for example the well-known colour blocking themes, where various colours are being used on large areas in such a way, as to catch eyes immediately.

Fightnature offers both clothing items and equipment for the MMA-oriented amateur athlete, as well as such for professional training and competition. One aiming at representing the MMA sport appropriately in his spare time or when doing roadwork, selects the classic combinations of shorts and t-shirt, or (for the colder days) a stylish Hoodie in combination with the super comfortable Fightnature jogging pants. You can complete your outfit with the matching CAP or a fashionable Beanie. Specifically for MMA training or competition Fightnature offers qualitatively outstanding gloves, shin and low protection as well as the famous Fightnature rash guards.

Meanwhile, Fightnature equips world famous and highly successful fighters with the right products. A good example of this is 1984 born Daniel Weichel, deemed to be one of the best German MMA fighters in the lightweight class, having performed successful fights in almost all famous places in the world. Also, Daniel can again and again be watched on various TV channels and in various sportcasts. His successes are legendary already: by participating on the reality TV show "MAX" (Martial Arts Extreme) on the DSF channel, the exception athlete managed, for example, to become known to a large audience, what was not least because he impressively defeated his opponent in the final of the show and has henceforth been allowed to bear the title "MAX Champion". As an established figure, Daniel has been under contract with world famous MMA series "Bellator" for many years.

Fightnature: The brand of champions!