Filter
Close filters
1 From 18
No results were found for the filter!
Tip 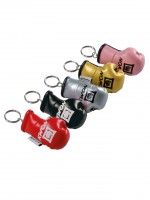 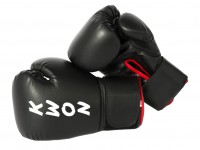 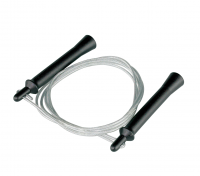 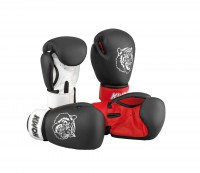 Amongst all combat sports, Boxing is surely one of the best known. It is a classical fist-fight with two opponents confronting each other and the aim of which is to take the opponent out by a knock out or defeat him by award of points. Where the fight is finished by knock out, one makes an additional difference between the "real" knockout and the technical knockout, whereby the opponent is declared unfit by the referee – even if he would actually like to continue the fight.

Typical for Boxing are the thickly padded gloves which give to the hands the form of a fist and which are the only aid permitted in a fight. Otherwise, Boxing fighters are only dressed in short trousers and special shoes.

Boxing is extremely popular in Germany and that has not started with the success of the Klitschko-brothers. As early as in the 90s, when Henry Maske and at times also Axel Schulz celebrated their biggest successes, Boxing became a real popular sport – at least in front of the TV.  Hardly anybody not sitting in front of the device on one of the big Boxing evenings broadcasted live on TV following his/her preferred boxer passionately.

No wonder then, that Boxing has become extremely popular even as a hobby sports by now. In almost every larger city there are boxing halls and gyms in which one can exercise to one’s heart’s content, either just as leisure or in order to take part in real Boxing fights.

Nevertheless, is cannot be dismissed, that boxing is a very dangerous sport. Being insufficiently prepared and not placing emphasis on professional equipment, can every now and then cause complicated and prolonged injuries. Hence, it is important to pursue Boxing seriously and to place emphasis on the best possible material. KWON supports you with words and deeds and, in his famous on-line shop, offers everything an athlete needs for Boxing. Here you receive, for example, Boxing gloves in different sizes and types, Boxing shorts, coats, mouth protections and lots more.

Depending on weight class, in Boxing a round lasts between one and three minutes. The question of how many rounds a fight comprises, also depends on the weight class and, whether it is an amateur or a professional fight.

A Boxing bout does not necessarily have to be staged over the scheduled number of rounds. Where the fight ends by a knockout, the remaining rounds are not staged anymore. There is one referee in and as well as several ringside judges assessing the boxing fight. The referee in the ring is assigned the task of supervising compliance with the rules in the ring and with intervening upon violation of such rules or with declaring a fighter unfit and therefore with stopping the fight.

In principle, in Boxing, one distinguishes between amateur and professional boxing. While professional Boxing is staged by different associations, calling up high prize moneys and often by use of very effective publicity, there is a World Cup of his own in amateur Boxing; in addition it is an integral part of the Olympic Games.

By the way Olympic Games: as early as in antiquity, the fist-fight "man against man" was a very popular kind of sport, though this still had relatively little to do with Boxing as we know it today, both with regard to equipment as well as to the underlying set of rules. Modern boxing developed from the so-called price fights which were very popular in England, particularly in the 17th and 18th century. Here too, the rules were still different from those of modern Boxing; these were only fixed towards the middle of the 19th century. One also refers to them as the Queensberry-rules.

At Boxing the closed fists are exclusively used - in corresponding gloves - as tool for fighting. All other parts of the body may not be used. If the fighter uses them nevertheless, deductions of points can be the consequence. At repeated use of legs, feet or the head for punching, the fighter may be disqualified.

At Boxing, the permissible punching zones are the head or its front, the neck as well as the upper part of the body up to the imaginary waist. The arms also belong to the punching zone. Anything lying underneath as well as punches on the back or the back of the head are judged to be foul and can therefore entail deductions of points. The same applies where a boxer clings or where he blocks punches by other actions.

Boxing is usually staged in a ring which is square contrary to the name and has an edge length between 4.88 m and 7.32 m. The Boxing ring is limited by elastic ropes so that no fighter can fall out of the ring during the fight. The ring corners are thickly upholstered each; the ground is also implemented elastically, so that going down does not lead to injuries.