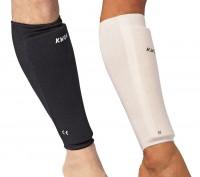 Fabric Shin Guard
Safety is the most important requirement in any sport. KWON elbow,...
£15.77 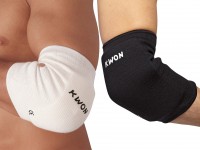 Elbow Guard
Safety is the most important requirement in any sport. KWON elbow,...
£13.78 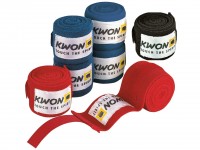 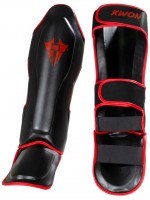 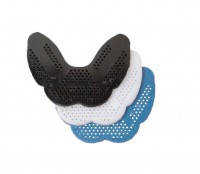 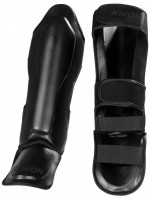 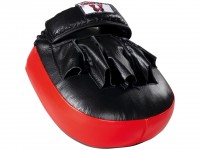 DANRHO Coaching Mitt Grip
The about 6 cm thick soft punch pad is suitable for all kind of...
£39.57
1 From 9
Top seller

The Name „Mixed Martial Arts“ (in short: MMA) designates a mix of various martial arts, containing elements of i.a. boxing, kickboxing, taekwondo and karate, but also such of wrestling and other combat sports involving ground work. MMA witnessed a first wave of popularity in the early 1990s, in particular in the course of friendly voluntary out-of-competition fights in the Ultimate Fighting Championship (UFC). Ever since, MMA has become ever more popular in the Germany as well, despite the fact, that professional fights were banned from being broadcasted on German Television due to the severity of the sport.

For the spectator, MMA-fights offer an enthralling and above all a chequered delight. This is due to the circumstance that using all fighting distances and almost all body parts is explicitly permitted. The goal is to impose as few restrictions as possible; thereby leading to a very manageable rulebook.

The goal of a fight is to defeat an opponent. The fight is deemed decided either by the opponent being knocked out, by his submission by tapping or by stoppage by the referee. Nowadays it is also possible to win on points – similar to boxing. Characteristic for this sport is the absence of pure self-defence techniques, as for example such used to disarm the opponent or to work nerve centres, meant to force him into submission. Instead, in MMA sport, active fighting techniques are used exclusively. In contrast to the starting times, today’s fighters are being classified into different weight classes, at least providing virtually equal conditions anatomically.

At KWON you get a large assortment of all utensils necessary for the MMA-sport. This includes inter alia the complete training equipment as well as fighting trousers, gloves and lots more. Fan T-shirts, other wearing apparel and the complete assortment of accessories impressively round off the offer of KWON in the MMA segment.

KWON: Competent Partner for the Combat Sports for Decades

“Your competent partner for combat sports” – out of this simple idea KWON Company developed in the 70s. Today KWON stands for high quality and practice-oriented equipment, of course including such for the MMA-sport. Any and all in-house developments are subject to continuous quality controls, so as to constantly meet the high standards.

Moreover, KWON itself has subjected its products to strict test for a while now. For instance, it is in this context that the “KWON Absorb” label is awarded. Products with this seal possess particularly good dampening characteristics thereby offering a very high protection level.

The history of Mixed Martial Arts

Long before Christ, various types of combat sports such as wrestling and boxing were introduced in the course of the Olympic Games. The winner of the respective sport apart, the general question of who was the best fighter kept arising over and over again. In order to find this out, a new sport named “Pankration” was developed, combining various elements of boxing as well as wrestling and from other combat sports. Here it was permitted to fight with all parts of the human body, including hitting, kicking and ground fighting.

After the Olympic Games were forbidden, this sport kept living on as amateur sport and kept finding followers in many countries of the world. Often influences of combat sports were of a particular country were added, thus shaping different styles. In Europe Mixed Martial Arts initially established itself around 1980, at first under the name Free Fight. Characteristic for the beginning, was fighting completely without safety equipment; gloves were not yet used at that time, either. One could not find any fixed rules either; there was for example no limitation for the duration of a fight, just as little as a scoring or a classification by different weight classes.

However, the permissible fight techniques were largely kept to this day. So, next to almost all hitting and kicking techniques, head buts as well as the use of knees and elbows are permitted in the fight. Merely attacks on the eyes and the genitalia are forbidden; just as tearing ears and nose.

The rulebook for the MMA-sport in force today, was fixed on October 3rd, 2009 by a commission on which, next to international combat sports experts, organizers and doctors are also active. This set of rules for all official MMA events has been in force in Germany ever since but also in Austria, France, the Switzerland and the Czech Republic. Thus, such events have had a solid frame ever since, thereby noticeably increasing media and also public interest in this sport.